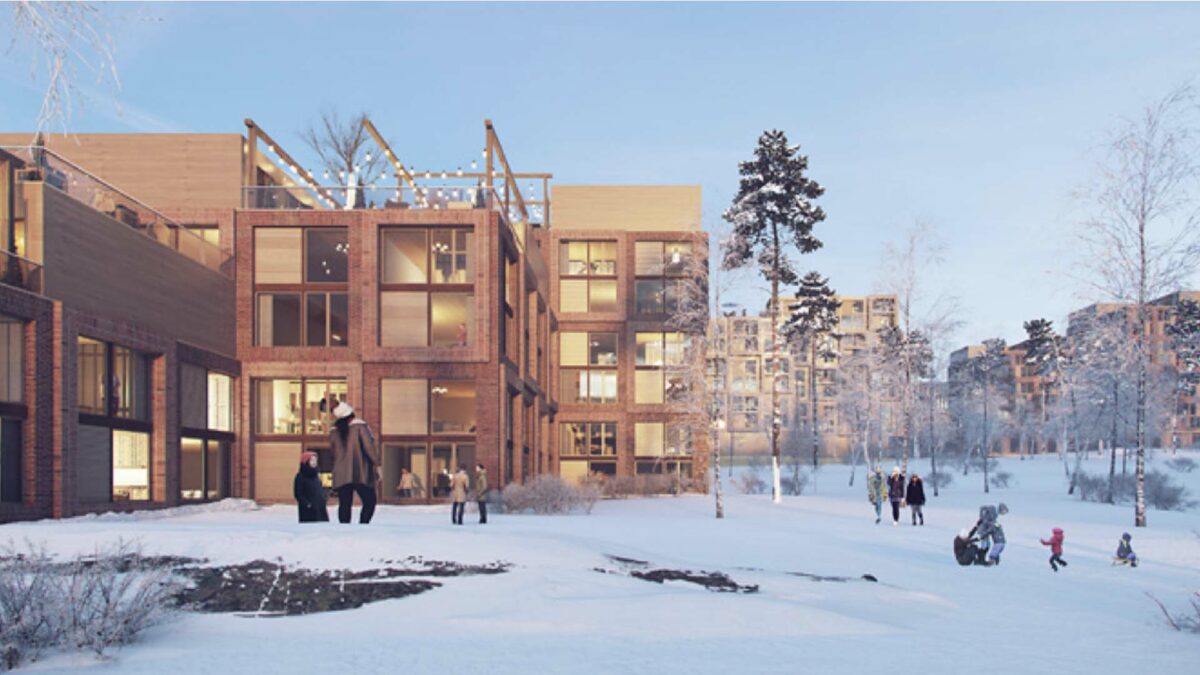 Our competition proposal “Superpositio” was chose as the winner of the Otaniemi Tietokorttelit architecture invitation competition from among five proposals. The plan was made in collaboration with L Architects and WSP Finland.

The proposal focused on Otaniemi’s careful analysis and was praised for its high-quality, creative and innovative design, which takes into account current and future needs.

In the landscape design special attention was paid to the examination of natural values and blue and green structures. The proposal was praised for, among other things, stormwater solutions, varied green areas and natural environments which balance the microclimate of the area that is being built in stages. Natural environments also act as a flood route to protect the northern parts of the area. In addition the review praised the saving of large trees. Old trees emphasize the temporal strata of Otaniemi.

The landscape architecture of the Superposition draws on Otaniemi’s strong identity factors: the manor park, the coniferous trees, the seashore and the clear lines of greenery. The proposal continues and reinterprets the tradition of the forest campus.