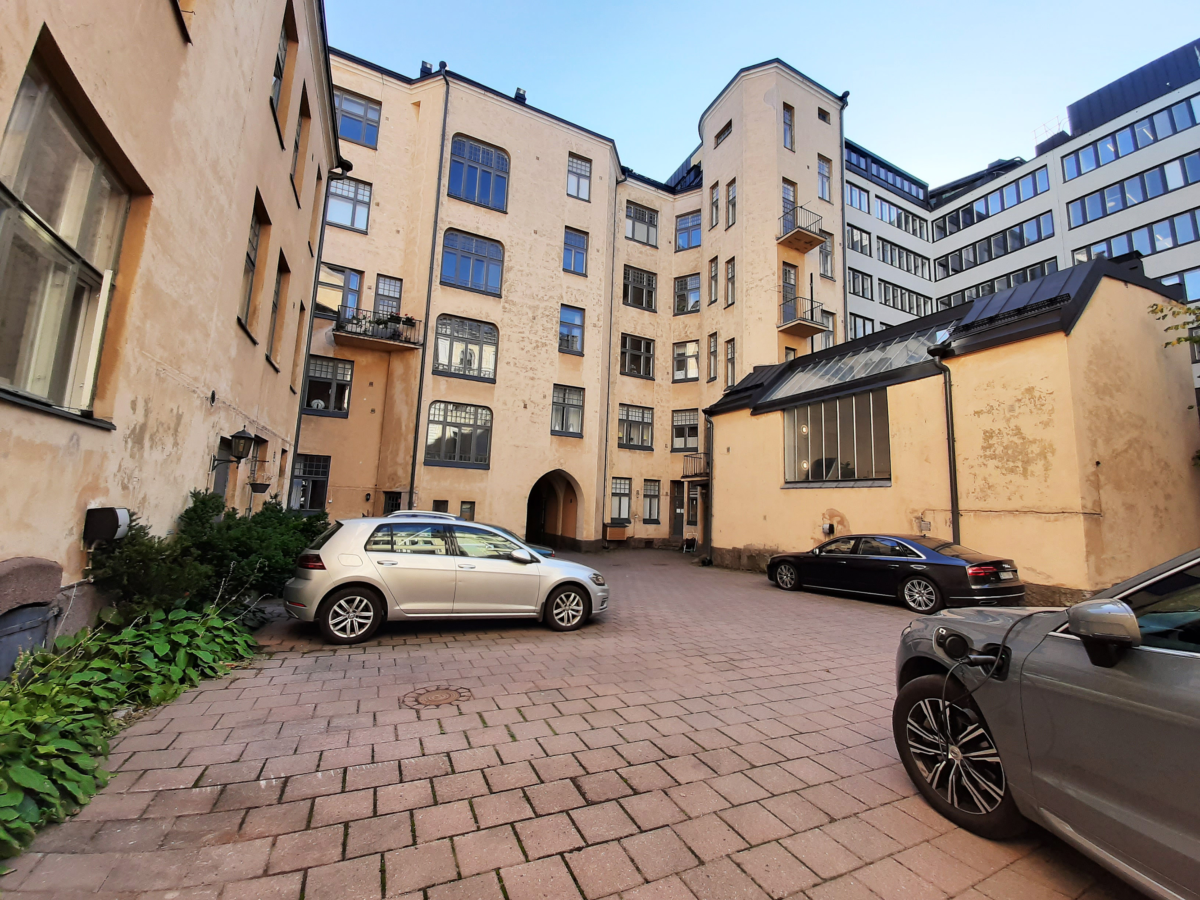 The central Helsinki urban district of Kamppi consists largely of closed city blocks formed by continuous building masses. Hidden inside of these blocks are numerous small courtyards, many of which provide premises for a diverse group of small businesses, organizations and public services. Due to the closed structure of the blocks and the relative privacy of the courtyards, the users, functions and characteristics of the courtyards have previously been not very well known and scarcely documented.

The goal of the survey was to get a better, more accurate and up-to-date understanding of the courtyards and their users beyond the inhabitants of the buildings that surround them, focusing on the courtyards’ street-level business premises and their users. The data produced during the survey will be used within a larger context to inform the various planning processes of the Kamppi neighborhood and central Helsinki.

The inventory work and site visits were carried out during September of 2022. In addition to this, the survey included qualitative analyses of the courtyards, as well as quantitative and GIS-based analyses of the found business premises and their users. The results of the survey were made available both as a report and as location-based data.