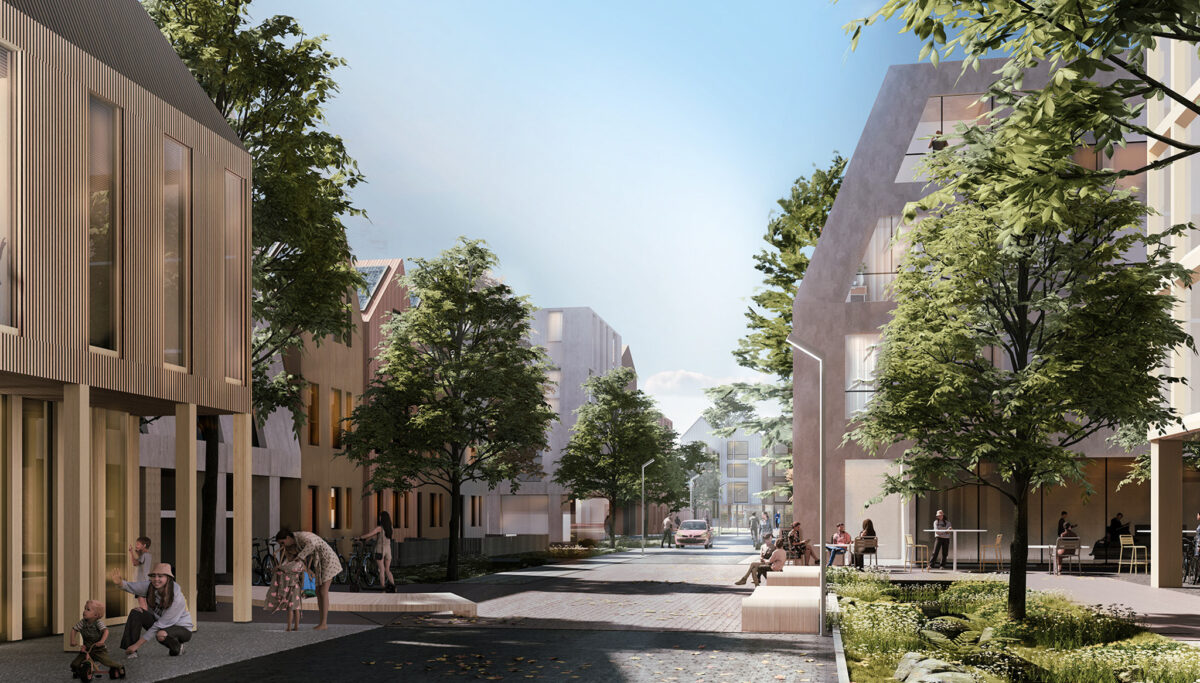 The current identity of the Tesoma, located west of the center of Tampere, consists of various distinctive areas, the most significant of which can be considered the forest city of 1970s. With the completion of the urban structure, the development of the local train stop’s environment becomes topical. In the vision, the area around the commuter train stop is developed so that it creates a new urban hub, enlivening and connecting the entire Tesoma area.

The strength of Tesoma of the future is a diverse, emerging, strong identity that supports a socially sustainable lifestyle. The recreational forests around the lakes Tesomajärvi and Tohloppijärvi and the nearby forest areas create the backbone of the green network, the preservation of which is the starting point of the design. Special attention is paid to recreational connections and their improvement. The barrier effect of the railway is reduced with new overpasses and underpasses and by improving the functionality of ecological connections.

The aim for the green space network is to have a green area of minimum 1.5 hectares within a maximum distance of 200 meters from each new apartment building. In addition, the tree canopy coverage of the entire planning area is intended to be at least 30 percent. With the help of these design principles, positive effects are achieved on microclimate, air quality and resident’s well-being amongst other.

The urban zone formed around the local train stop connects the site with the new residential area of Teerivuorenkatu. The green street, which functions as a pedestrian street, and the related functional open spaces enliven the region and strengthen the sense of community. On green streets and squares, stormwater is treated with rain gardens bringing more green to the street space.