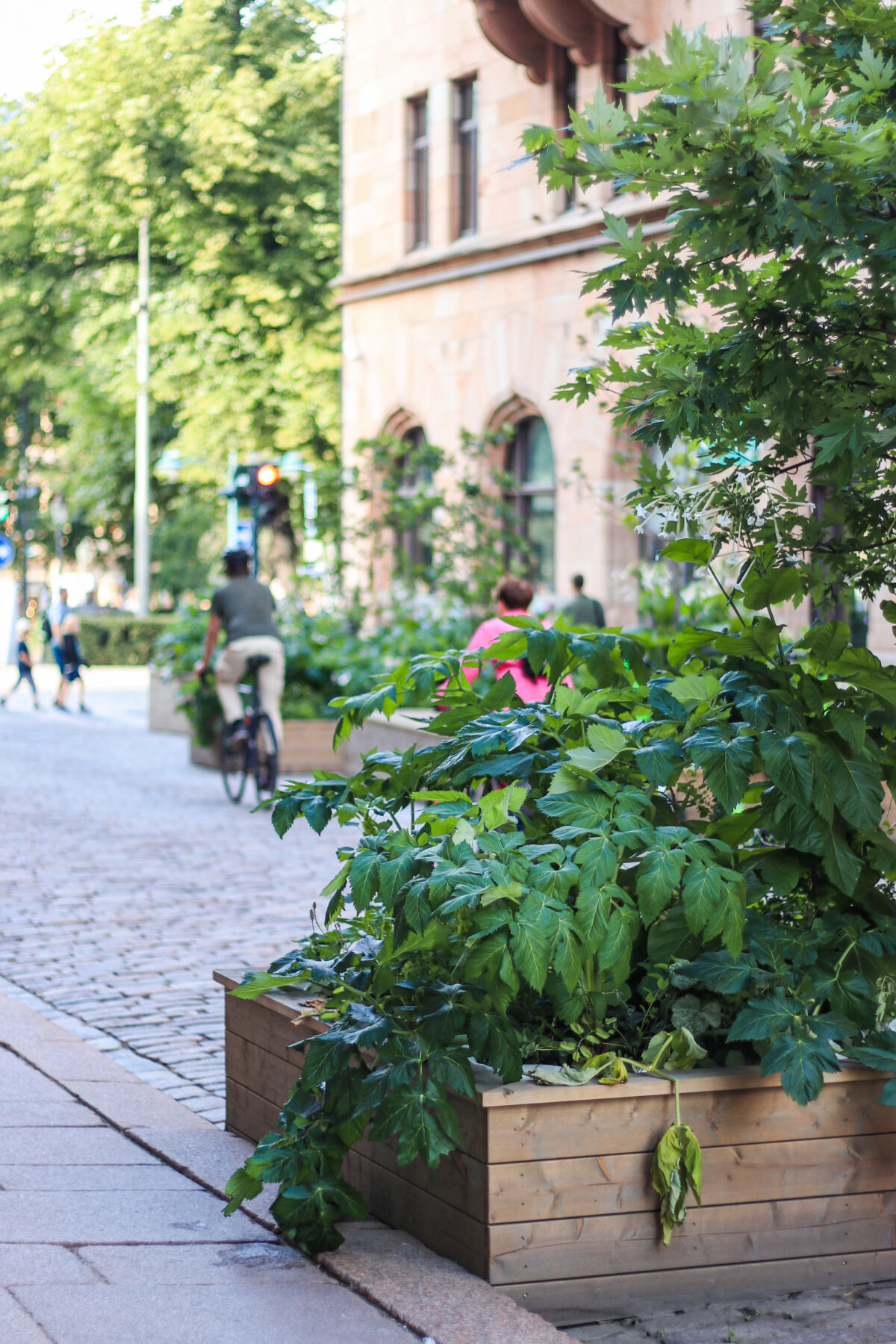 The Summer Streets leading from Esplanad towards the Design Museum square brought the forest to the city. Nomaji and Sweco were responsible for the conceptualisation and design of the summer streets. Open from June until the end of August, the “wild summer streets” brought greenery, elements of the forest and new places to hang out in the city. The main themes of the summer streets were increasing awareness, taking children into account and the circular economy.

The streets utilized a lot of the city’s existing material, such as tree trunks and stored stones. The vegetation was planned in such a way that it returned to the nursery in the fall and can be used again. In the design of the furniture and the selection of pots, it was also taken into account that they could be used in future summer streets or other locations in the city.

The purpose of the summer street experiment was to temporarily transform the streets into pedestrian-oriented ones, so that the city can gain experience with street environments that serve the city’s residents in different ways. Possibly, the experiment will lead to the implementation of new, permanent street solutions in the future.