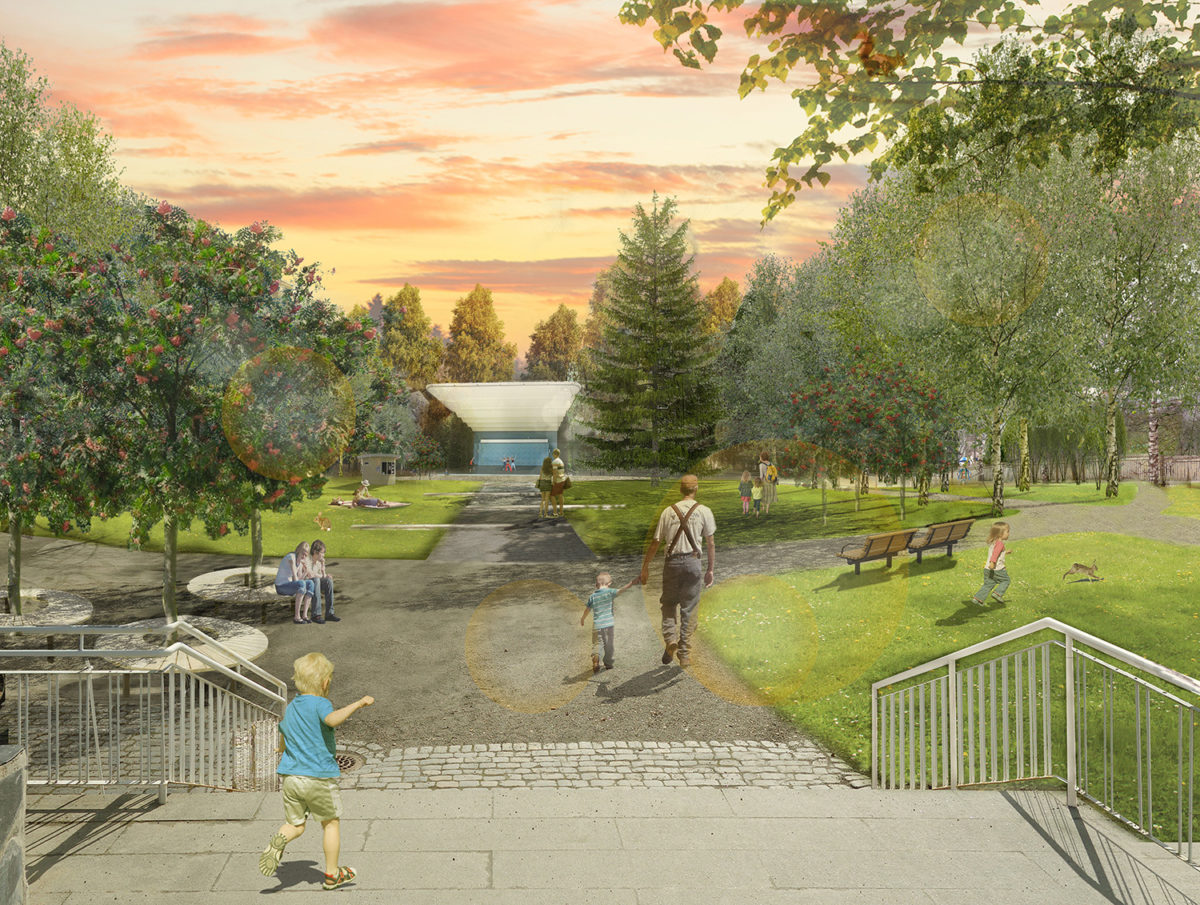 The Southwest Park is one of the most important historical parks in downtown Jyväskylä. The history of the park goes back to the early stages of the Seminar until the late 19th century. The need for park design emerged in recent years due to the increased use of the park as an event location and due to the update of the adjacent town plan.

The master plan takes into account the historical stages of the park. Particular attention is drawn to the park’s early 20th century look, which has been partially obscured by changes made in the 21st century but will be revitalised. The plan seeks to reconcile current needs and historical values. The master plan assesses the needs for rehabilitation of the different sections of the park, their phasing and the principles of tree renewal. The plan will improve the conditions for organizing events. In addition, the park’s connectivity to it’s surroundings has been improved.

In addition to the historical survey of the park, the project included a horticultural survey of block 68. During 2019, similar surveys were also carried out for blocks 69 and 72. The surveys gathered information on the original appearance of the gardens in the blocks, their development stages and the current situation. The concept of a valuable cultural and green environment was formed for future town planning changes. On the basis of the study, boundary conditions and objectives for future land use planning were presented.